The Cause of Gravity - the next major chapter

The larger percentage for Jupiter and Saturn also show Miles point about the solar system being out of order. Those big planets need to move outwards, and they will move out to where their charge-pauses are within 1%.

Nevyn wrote. Yes, I believe the moon's field is stronger than the earth's, at least close to the moon. I'm not sure how far it reaches from the surface. The Moon Gives Up a Secret paper mentions the moon's field being larger than the earth's. Well, I should say that it is stronger, it is not necessarily larger, and I can't remember if that is only when measured at the moon or if it means at the same distance from each body. That is, if we measured at 10,000km from the earth and 10,000km from the moon. I would think that it only refers to a single position close to the moon, because the smaller size of the moon has a larger curvature, so it will dissipate much quicker.
…
Nevyn wrote. So the moon's charge-pause should be near 16 moon radii from its center. That's about 7% of the distance to the earth.

Airman. I am mentally wrapped around the radius of the newly identified, moon’s earth-pause, and the moon’s extraordinary strength in that regard, thank you very much. I suppose the relative charge field diagram absolutely needs a modification of some sort - something that indicates the field's fall-off rate. An idea does occur to me. I can replace each current individual infinitely long radial with a series or train of radials, from longer to shorter, ending at the object's Kuiper limit.

Jared wrote. What I'm getting at is that I think this bounce-charge has been severely underestimated in the maths and concepts. Without it, even the proton cannot work per the theory. For any charge to enter ANY pole of any body, it must be moving parallel to the poles to some extent or other at the time it enters, which is perpendicular to (say) solar emission. In general orbits, we have charge moving perpendicular to the poles almost entirely.

Airman. I agree, bounce-charge is present. It increases the charge density and effective charge receiving width about the planet. Looking at the Saturn/Uranus/Neptune inclinations. I believe Miles considers it a circuit diagram. From our previous discussion, the direct radial charge emission contribution we’ve been considering is the primary component of the Sun/planet circuit. The planet is also recycling charge. The charge field includes larger charged particles. These particles are massed over the planetary poles. They get their primary charge from the planet’s poles or the sun. Emissions from the larger charge helps extend and direct more photons into the planetary poles.

I believe the diagram shows the equilibrium tilts that result from adding both the direct charge and recycling secondary charge. A proton aligns it's pole to the planet, but the charge mix the planet receives makes that direct (sun/planet pole) alignment impossible - although Uranus gets pretty close.
.

Nevyn wrote: Maybe that implies that the Moon is actually too big to be a moon of the Earth at its proper distance. If it gets far enough away, we may lose it and the Moon becomes another planet. Unfortunately, we will all be long gone before that happens, so we may never know if my prediction is correct.

But wouldn't it just slowly "suck" back in, due to gravity, at some eventuality? You know, the ol' ping-pong ball held underwater analogy?

I guess that's a bit naive considering it's NOT a 3-body problem, but rather an every-body problem. Even so, since Luna and the Earth are both orbiting the sun, the moon can hardly propel itself into a higher or lower orbit. It would require some force that would trump the Earth's gravity field, it seems like, to pull it faster or slower and thus change orbits, but it would have to change orbits enough to escape the Earth's gravity, which seems pretty farfetched to me.

That said, it needn't change orbits outright, but perhaps would "tail" the Earth like the C-orbit horseshoe asteroids do?

I've found that the reason my app does't find the charge-pause at extreme distances is because of the tolerance value. At those distances, the charge fields of the bodies are so weak that they are already below the tolerance. Setting the tolerance to 0 makes it work. I might remove the tolerance. I thought it would be needed to avoid looping forever.

Blimey! You guy's have been busy. I have some catching up to do.

I notice someone mentioned this dual property of the charge field i.e. gravity and charge pressure (?).
I haven't read the last 11 blog pages so need some time to absorb...but...in the meantime, is this duality/dual field a bit like the dual field in electrical circuits? The E & B fields, electric and magnetic? The charge photons being charge anyway. Moving charge/moving photons creating a magnetic field? Aren't they all properties of the same field i.e. electric charge, magnetism, gravity, heat, all describing different properties of the charge field? 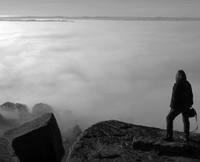 Yes indeed, they are. The problem we're having with charge-binding gravity (the one I'm having so far) is that it's hard to get that huge vector DOWN out of it. But it's a work in progress and we'll see where it leads. Miles has emailed me about it and he's trying to flesh it out as the muses allow, but there's a lot of great questions and issues here that the theory can confront down the road too. I'm not expecting him to drop every damn thing and just cater to us here. This is just the best place for such discussions, with the best team around on the task at hand. Read up. Maybe you'll see something we missed?

.
Russ T wrote. I notice someone mentioned this dual property of the charge field i.e. gravity and charge pressure (?).
Airman. Hi Russ T. There is only the charge field. Before this thread, Miles described the charge field as a real exclusionary emission field in opposition to gravity; now, gravity is an aspect of charge. Most everyone - I know I am - is having difficulties fitting charge binding in with the rest of their own charge field understanding.

Russ T  wrote. ... is this duality/dual field a bit like the dual field in electrical circuits? The E & B fields, electric and magnetic? The charge photons being charge anyway. Moving charge/moving photons creating a magnetic field?
Airman. According to my understanding, both B and E fields are the effects of the charge field observed at the electron scale or larger. All charge photons spin and travel at light speed. The E field is the result of charge photons pushing electrons or ions in the forward direction, at a resulting velocity indicating momentum or energy. The B field is the amount of spin coherency imparted on the electrons and ions by the spinning of those same charge field photons.

Russ T  wrote. Aren't they all properties of the same field i.e. electric charge, magnetism, gravity, heat, all describing different properties of the charge field?
Airman. Absolutely, yes Sir, I agree, although I must admit, the charge gravity explanation of electromagnetism is a bit beyond me at present.
.

LongtimeAirman wrote:Airman. Absolutely, yes Sir, I agree, although I must admit, the charge gravity explanation of electromagnetism is a bit beyond me at present.

It's actually mildly comforting that I'm not the only one struggling here. That said, I do have a bit of faith that Miles will either make sense of it all or jettison it. I don't see him chasing a theory too hard if it turns out to have more problems than it fixes, just because it was his. He's corrected himself before but at the same time I'd love for him to be RIGHT too, so we could source gravity once and for all! Or once and for now, anyway!